Ring fenced PE money 2014-15
In 2014-15, as with other schools across the country, St Matthew’s Church Of England Primary School received extra ring fenced funding for Physical Education. The amount that the school received was £9,705.

As with the previous academic year the money allowed us to enhance the curriculum in many ways. For example, in the Autumn term the school was visited by Paralympian Lee Whiteley who spent the morning working with the children in Year 3 and 4. Lee also delivered an assembly to the whole school where he talked about his life journey and the importance of working hard both in school and outside of school in order to achieve your goals. Lee was truly inspirational to both the pupils and staff.

In April the school held a Growth Mindset day where the guest of honour was 4 time Ironman World Champion and current Ironman world record holder Chrissie Wellington MBE. Chrissie delivered an assembly to the children in KS2 where she talked about her life and what it takes to be successful, whether it be academically or in the sporting world. The children were thoroughly inspired by Chrissie’s talk and her messages about Growth Mindset and hard work have been echoed and reiterated throughout the school. Chrissie also worked with the children in Year 6 on some “Growth Mindset Circuit Training” which provided a welcome relief from the pressures of SATs revision. She then went on to write about her day at the school in her newsletter for Parkrun UK, which can be read by clicking on the link below.

The link between the school and Chapel Allerton Squash and Tennis Club has also been strengthened with Years 3, 4 and 5 all having the opportunity to receive expert coaching in both tennis and squash. The children were then signposted to where and how they could continue their new hobbies. This specialist coaching also enhanced our teachers’ ongoing professional development by equipping them with the skills to further improve their practice. We are hoping to continue and further strengthen this relationship in 2015/16 with further coaching and activities planned.

We also used the money to continue our long running commitment to the Year 6 Robinwood residential which forms a major part of the PE curriculum in the Summer term (as well as other areas of study such as PHSCE) by paying for the coach travel to and from the venue, thereby reducing the cost for parents and carers.

The money once again gave us the opportunity to enter more competitions that in previous years we have not been able to attend due to travel costs. In 2014/15 the school entered the Leeds North East Sportshall Athletics, Gymnastics competitions and various Netball events. We intend to use the money in this way again this year to enter further competitions and give even more children that essential opportunity to compete against their peers. This initiative led to success at the Leeds North East Netball competition where 2 of the 3 teams that we entered finished 3rd and 5th in their group respectively. The other team that was entered went even further in the competition and made it all the way to the final only to narrowly lose 2-1. The school's Year 6 football team also managed to finish 2nd in the Chapel Allerton Champions League Trophy and were runners-up in the Leeds North East Football Olympics tournament. The Year 5 team were also runners-up at the annual Roundhay Football Tournament, with the Year 4 team going one step further and ending up as eventual winners. In Cross Country we were able to take a record number of runners (38) to the Leeds North East Championships where we had a winner in the Year 4 Boys race, and a 1st and 2nd place in the Year 5 Boys race. The Year 5 Boys team were overall winners on the day which meant that they got to represent the city at the West Yorkshire School Games where they became County Champions! 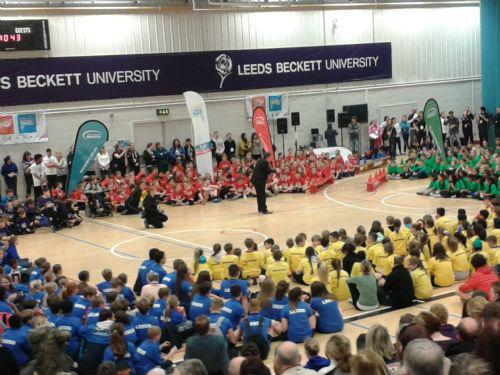 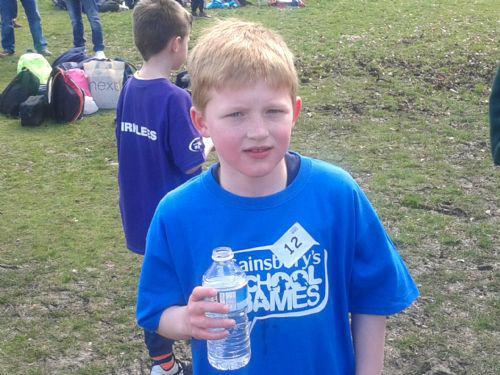 Two members of Year 4, inspired by being part of the Cross Country team this year, started their own lunchtime Running Club for Years 3 and 4. They devised an awards system, which was funded by the legacy money, to encourage participation. This initiative from the children has been incredibly successful with up to 80 children taking part each week.

The PE curriculum has also benefitted from the legacy money with the school investing in the Real PE scheme of work. This scheme was successfully trialled in Key Stage 1 (and Year 5) in 2014/15, with a whole school training day planned in January 2016. The scheme is very skill based and follows the new National Curriculum and allows the children to work on skills and techniques which can be applied to a variety of different sports.

Many other things are planned for this coming year, such as the funding and implementation of further clubs to encourage our children to develop a lifelong love of sport and physical activity.

The Olympic Legacy money has also had a positive impact on the academic performance of the children across the school. The data below comes from children who were involved in after school sport from September who were then tracked until July.

The Olympic Legacy Funding allowed the school to provide a wide variety of after school and curriculum time opportunities for the children at St Matthew's in 2014-15, including Netball and the aforementioned Lunchtime Running Club. This meant that participation rates* for the year were higher than in previous years.

The participation rates* for each year group were as follows:

Although these figures are still someway off our ultimate target of 100% for each year they represent excellent progress for St Matthew's compared with previous years.

Unfortunately not the ones with chocolate chips.

Some cookies are necessary in order to make this website function correctly. These are set by default and whilst you can block or delete them by changing your browser settings, some functionality such as being able to log in to the website will not work if you do this. The necessary cookies set on this website are as follows:

Cookies that are not necessary to make the website work, but which enable additional functionality, can also be set. By default these cookies are disabled, but you can choose to enable them below: